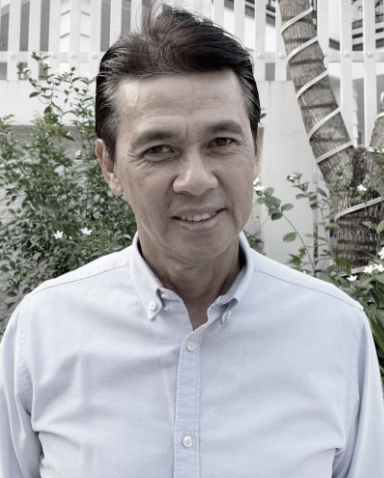 Born in Vietnam and raised in San Jose, CA, Alex is a USA national who returned to Vietnam in 1994 on the heels of Doi Moi and before the country opened up its economy. Since that time, Alex has resided in Saigon and has worked and invested in a number of sectors over the last three decades partnering with various Vietnamese, Viet Kieu, and foreign partners.

Alex began his career as a software engineer in Silicon Valley, California, in 1982-1987 after completing his computer science and electrical engineering degree at San Francisco State University. Alex discovered that his true passion centered on business and entrepreneurship, as opposed to machine learning and assembly language coding. So, upon the lifting of the USA trade embargo under former President Bill Clinton, Alex took his chances on the latest Tiger economy of Vietnam.

In 1997, Alex kick-started and co-founded Mekong Research, a B2B market research company servicing new entrant companies looking to expand their market reach in this exciting young marketplace. A couple of years later, in 1999, he ushered in a new era to the nascent telecommunications market by bringing in VOIP communications service to Vietnam.

Diversifying his interests, Alex co-founded a manufacturing venture using Japanese technology that produced ionized calcium powder from seashells sourced along the coast of Vietnam as a natural, high strength cleansing and shelf-life extension agent for agricultural products. In 2002, Alex developed, owned, and operated a 40-room business hotel in the heart of Saigon, eventually selling it in 2015.

Alex Huynh and Mark Remijan have been colleagues and best friends for 30 years, bonded by a passion for business and a strong desire to give back to Vietnam and the region. Alex officially joined the YAANA Ventures’ family in 2018 and represents their business interests in Vietnam, including hospitality, travel, and travel tech.